A downloadable game for Windows

Scuffle Scoundrels is a wild 4-player pirate romp. Flank your rival captains, and let them taste the hot end of your cannons. Fierce high sea shootouts with explosive power-ups!

At $5 plus VAT, it is currently in early access, at half its eventual price.
However, it's already fully playable, requiring two to four controllers connected to a PC. Purchasing now secures you all future updates.

Follow via the book of faces or by songbird to stay updated.

- New ship models are in!

- We have our first original musical composition in the game, the new in-game battle score, composed by Morten Gildberg. (Still lots of music by Kevin MacLoad, incompetech.com, licensed under Creative Commons )

KNOWN BUGS IN 0.6.3
'Tis here be the list of known bugs and crucial omissions in the currently available build. We encourage you to report any findings of your own.

GRAPHICS
- You can on rare occasions be the winner, without being highlighted on the win screen
- The gold doubloons signaling points now move way too fast!

In order to download this game you must purchase it at or above the minimum price of $5 USD. You will get access to the following files: 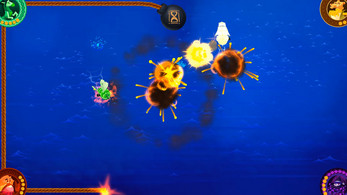 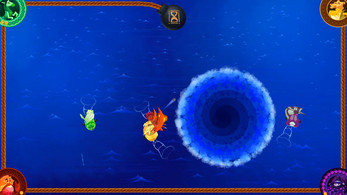 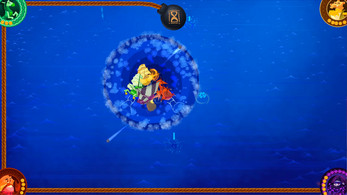